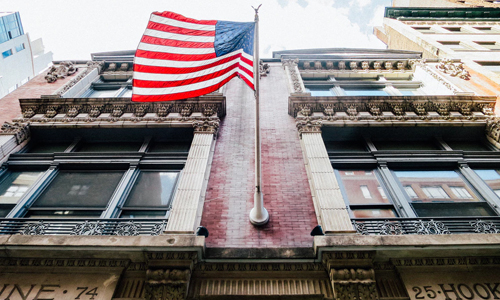 In the face of its recent reorganization and enhanced computer system, it was really only a matter of time before the trade community started to see U.S. Customs and Border Protection better organize its enforcement efforts, and now the first tangible step has been publicly disclosed.

When the concept for the Centers for Excellence and Expertise, or CEE, was rolled out, it was logical to expect that CBP would combine the enhanced computer capabilities of the Automated Commercial Environment with information developed from the industry focused CEEs. That meant, we would eventually see CBP relying on computer analytics and internal expertise to help the agency pinpoint where to focus its enforcement efforts. Over the years, we have seen those with the most experience retire. CBP and Immigration and Customs Enforcement seemed to lose their ability to make serious fraud cases. Yes, criminal cases for trade fraud, involving for example for antidumping and export license violations, continued to be brought, but it has been a long time since we have heard about a really significant civil penalty. Some smaller fish got caught, and many of them made some really poor decisions. Others who got caught just plain cheated. Now, however, CBP has launched a round of “informed compliance” letters, which are really warning letters to the trade community.

CBP has known for years that importers regularly make duty deferral claims, whether by way of free trade agreement, generalized system of preference or other claims that carry with them a zero rate of duty and, when audited years later, cannot support those claims. CBP didn’t need ACE or the CEEs to tell them that. What these new tools do provide, however, is a more concentrated focus on given industries and specific importers. Put another way, these powerful tools now allow CBP to do a better job identifying and ranking the likely levels of noncompliance.

What transpired earlier this month is Regulatory Audit publicized a project whereby importers that CBP thinks may not be compliant were sent letters which included a series of CBP’s informed compliance publications, on such topics as value, classification, reasonable care and the like. Recipients were encouraged to review their transactions, identify instances of non-compliance and file prior disclosures.

While making clear that no importer is required to file a prior disclosure, the letters go on to make clear that, having been notified of possible non-compliance, if not cured by a prior disclosure, and any violations are later found, seizure and penalty action is possible. While not able to say seizure and penalty would actually happen, since the initiation of any enforcement action turns on the facts of that situation, Regulatory Audit has said it will now recommend penalty action when non-compliance is found.

Of course, how this really changes from current practice remains to be seen. Current practice has been to notify the importer that unless he agrees to pay what the auditors think is due, the auditors are left with no choice but to recommend a penalty action be initiated. Pulling the noose tighter around the allegedly noncompliant importer’s proverbial neck, recipients of these warning letters are requested to acknowledge receipt by returning a signed copy of the letter.

Regulatory Audit has come right out and said those who were sent the informed compliance letters are likely candidates for an audit of some sort. There is also the suggestion that the formality with which the company is sent the letter is an indicator of how serious the importer is as an audit candidate, with those receiving the letter by call or email being seen as somewhat less of a risk than those who receive the letter by mail only. Whether that indicator is accurate remains to be seen. While full-blown Focused Assessments remain rare, CBP has developed other more abbreviated means to test importer operations. The most typical of these is a quick audit, sometimes now called an audit survey. Given that Focused Assessments often go on for many months (years?), Regulatory Audit has been conducting these quick audits for some time. They are designed to allow CBP auditors to check specific transactions, figure out whether the risk which was thought to exist does exist, and if not to exit relatively quickly, in weeks instead of months.

The fact these informed compliance letters are being sent (by whatever means of delivery) tells us all that CBP is finally starting to use data from ACE, along with internal expertise, to fine-tune one of the means by which it is evaluating risk and noncompliance.

The timing of these warning letters could also be telling. At the beginning of each fiscal year, Regulatory Audit rolls out a National Audit Plan that details the companies it plans to audit in that fiscal year. As we all know, the fiscal year for the federal government starts on Oct. 1. It is not unreasonable to think that if a company received a warning letter in August and no prior disclosure is filed by late September, the auditors will eventually come calling!

By way of reminder, the industries on which the CEEs focused are electronics; pharmaceuticals, health and chemicals; petroleum, natural gas and minerals; apparel, footwear and textiles; agriculture and prepared product; automotive and aerospace center; base metals; consumer products and mass merchandising; industrial and manufacturing materials; and machinery. While not every importer in each CEE is high-risk, there are certainly patterns that can be identified. For example, the industries the U.S. has typically protected with high duty rates and complicated import requirements are steel and steel products, footwear, textiles and apparel, and auto and auto parts. Add to that whether you are importing from a country subject to an antidumping case, one in which the rule of law is less well developed that in the U.S. or deal in products where classification is complex, to name a few key factors, and you can quickly start to figure out how much risk do your import transactions carry with them? If you are not accurately and completely stating your goods and their cost on your invoices, you are certainly going to be in a lot of trouble!

If you have received one of these informed compliance letters, it is best to conduct a thorough review and make sure your transactions are compliant. It is also important that any such review take place under the benefit of the attorney-client privilege, so make sure your management and legal team know what is going on before any transactions are reviewed and once they are reviewed, make sure to document what was done and on what the final decisions were based.

Susan Kohn Ross is an international trade attorney with Mitchell Silberberg & Knupp in Los Angeles. Contact her at skr@msk.com.

Is your warehouse ready for black Friday? Start preparing this summer

What happens when your warehouse is unplugged?

Is your warehouse software holding you back?